Tea and coffee are the two most popular hot beverages in the whole world. Did you know that more people drink tea than coffee? The first and most popular drink is still water.

Shocking, but not that much, if we count the headstart tea had. Almost everyone we know drinks tea or coffee, and a nice number of our friends and acquaintances drink both beverages.

So what’s the secret? Stay tuned and find out.

Tea and coffee through years

Tea is one of the oldest drinks known to human civilization, and it dates back to 2700 BC. The legend of coffee beginnings dates back to the 9th century, but the first written traces of coffee are from the 17th century. So, tea had a headstart of 4400 years to become more popular.

Of course, the homeland of tea is in Asia. And as Asia has more than half of the world’s population, it’s easy to tell why tea is the most popular drink in the world. The cult of coffee is mostly connected to the Western world.

Most people enjoy both tea or coffee equally. But, people also like to compare things, and that’s why we are here. So, let’s start. Tea or coffee? Both? Neither?

What is healthier for you, tea or coffee?

As there are numerous types of roasts, leaves, powders, and such, we will compare the most common people choices here. So, black tea or black coffee?

Caffeine intake is one of the reasons that people choose to drink these two drinks. Given the industry standards, one cup of drip coffee has 100% more caffeine than one cup of black tea.

Of course, you can opt for espresso or for a Zest Tea, which has the same caffeine per cup as coffee. But the bottom line is, either choosing tea or coffee, your body will wake up. The difference is just in the caffeine amount.

Sleep is where you pay the toll of the high caffeine intake your coffee has. Generally speaking, tea lovers tend to sleep much better, and it’s not just for the caffeine part of your morning espresso. Caffeine stays in your system for the whole day, especially if you drink more coffee than you should. Tea is a much better choice for sweet dreams.

Coffee and red wine are the most notorious enemies of your teeth. Tea was considered rather neutral until recent scientific research. The results show that tea’s natural pigments are much worse for your pearl-white smile than the coffee. Both beverages are bad for your teeth, but tea is worse.

Both drinks are a great choice for your psychical health if you drink them moderately. By drinking tea or coffee daily, you will feel better, weigh less, and look healthier. Both of these drinks are a rich source of antioxidants and vitamins. Also, both drinks will calm your mind and increase your mood significantly.

Tea or coffee: the Swedish experiment

Back in the 18th century, the people also asked what is better for them, tea or coffee? A Swedish king, that goes by the name of Gustav the Third, decided to make an experiment. Gustav was an avid coffee hater and considered the drink to be poisonous.

So, he found identical twins in the pits of his medieval prison. By the power of his royal decree, he changed their death sentences into life imprisonment, so he could test the poisonous aspects of coffee.

So, one twin had to drink three coffee pots per day, while the other was drinking three teapots per day. Two physicians overlooked the whole process. So, what do you think, who died first?

The physicians died first. Then the king was assassinated, as it was a common thing to do in those times. The tea-twin lived to be 83, and the coffee-twin outlived him, but we don’t know for how long. Medieval tea or coffee contest – coffee wins.

Should I replace coffee with tea?

If you feel like you need to limit your daily intake of caffeine, tea is a much better choice. The same goes if you feel like trying a new diet. While tea or coffee generally have zero calories, we are the weak part of that equation.

You can only increase the tea calorie count by adding a bit of milk and sugar. On the other hand, your daily cup of joe can become a true calorie bomb, with whipped cream, Kahlua, sugar, chocolate shreds, and everything else you can imagine.

If your doctor told you to lay off the coffee for a while, listen to him. It’s for your own good. Otherwise, it’s just a matter of personal preferences.

Is it cheaper to drink tea or coffee?

The question cannot be answered directly, as our two tasty brews are almost nothing alike. Well, except for the hot water part. So, let’s break it into pieces.

If we look at the prices of basic or usual tea or coffee, the tea is much cheaper. You can prepare your cup of tea at home for around 5 cents per cup.

The coffee will cost you three times more.

Expect that price ratio in your local bar, too. So, if a cup of tea costs $2, the cup of coffee will pull the $6 out of your wallet. The math is simple – you just need less amount of tea to make a beverage.

Of course, tea or coffee sets don’t have to be expensive, but they can also cost as much money as a brand new family car. But, for true aficionados, obsession sometimes doesn’t have limits. 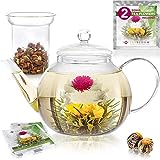 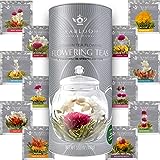 Da-Hong Pao Tea costs $1.2 million per kilo. It’s not a typo. This type of tea dates back to the Ming Dynasty and is declared a national treasure in China. The process of growing and making Da-Hong Pao Tea is top secret. Nowadays, you can find different Da-Hong Pao Tea at more reasonable prices, but the old sorts of tea are still worth more than gold.

On the other hand, the most expensive coffee in the world is not Kopi Luwak, as many people think.  It’s actually a Black Ivory Coffee, and the prices go in a range of $1000 to $1500 per pound. Similar to Kopi Luwak, the Black Ivory Coffee also goes to someone’s digestive tract. But this time, it’s the elephants that have the honor, not the wild cats.

What can I replace tea or coffee with?

So, you want to quit both tea and coffee. Our best guess is that you want to zero your caffeine intake or you lost a bet. Your choices are:

Although hot cocoa seems like a good replacement, remember that it also contains caffeine. However, there is a reason why these two drinks are the most popular ones.

You can’t just easily replace tea or coffee. Besides health benefits, both drinks have a place in our social events. Drinking tea or coffee in the morning and in the afternoon is a form of bonding, that no lemon water can ever replace.

As tea also contains caffeine, it will give you energy, just like coffee. The difference is that the tea won’t give you a sudden energy spike. Both tea or coffee makes an excellent start to the morning. But what about the taste? Can we find a tea that tastes like coffee? That’s why we are here.

A nice Irish Breakfast will satisfy your thirst. It’s a close cousin of a more popular English Breakfast, but much more full-bodied, and with a stronger taste. Drink this thick, black cup of tea straight. No sugar or milk added.

You would be surprised how many people make a latte with tea. Hojicha and matcha tea are great choices for making a classical latte. If you like the stronger taste, go with Masala Chai, and add milk and spices.

English Breakfast is the way to go. Its robust, but not too strong taste is a great way to start your day. Add a bit of your favorite creamer and a pinch of sugar, and you are good to go.

Can I drink tea and coffee together?

Most people drink both coffee and tea. Some people drink tea or coffee. And there are people that drink tea with coffee. But not just any tea, with any coffee, as it would taste horrible. You need milk added in, and some sweeteners won’t hurt, either. (try oat milk as a dairy replacement)

The correct way is ordering (or making) a Hong Kong-style Coffee with Sweetened Tea (Yuanyanga). It’s a mix of black tea, sweetened condensed milk, and a strong brewed black coffee.

Your other choice is Dirty Chai, straight from the Starbucks Secret Menu. Order a Chai Latte and ask for a shot of espresso inside. You can also do it with your Hojicha latte or a matcha latte.

The negative effect is that your new favorite drink is full of caffeine, so enjoy it responsibly.

Table could not be displayed.

Does tea or coffee count in our daily water intake?

Science has already debunked the myth that tea and coffee will dehydrate you. Every caffeine drink will make you urinate slightly more often, but will also hydrate you.

So, beverages, food, beer after work, that all counts to your daily water intake. Especially food, that delivers 20% of your recommended daily intake.

Tea and coffee numbers in 2020

For this fun facts sheet, we contacted our friends from teausa.com and ncausa.org.

Both of these two drinks are dear to our hearts. After all, they are the most popular drinks. But you don’t have to choose whether you will drink tea or coffee.

As a matter of fact, you can drink them together in one yummy, milky concoction. So, grab yourself a cup of Dirty Chai and enjoy the best from both worlds!

Previous Post: « Oat milk latte – what is it and how to make it
Next Post: Cold brew VS espresso – what are the differences? » 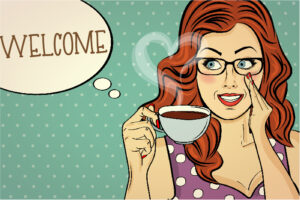